Was Islam the first and the only one to end the Discrimination against the Black People? 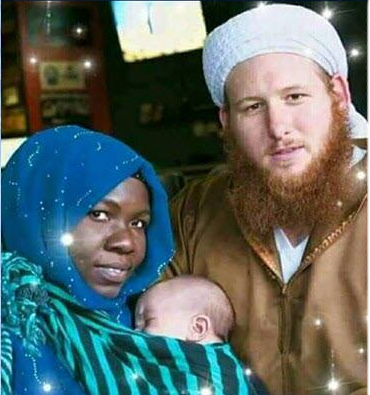 It is necessary to end this eternal propaganda by Muslims that it was "only" Islam which first ended the discrimination against the blacks, and thus it is a proof that Islam is a divine religion.

It is absolutely not correct, while even before Islam, in ancient Arab Culture the discrimination was on the bases of being Free or Slave, otherwise Black people could be Free, and could be kings and could marry the Arab women.  White slaves had no worth as compared to the Black Masters.

In comparison to the Free/Slave thing, the discrimination on the bases of colour was NEGLIGIBLE.

The ancient Arab tribal culture was inferior to the culture of the other areas in that region. For example, Abyssinia, which had a black person (Najashi) as a King and which was a proper STATE as compared to the tribal culture of Arabs. And Muslims themselves came to Najashi (the black King of Abyssinia) to seek refuge, and they were indebted to him for protecting their life. And you could not put the status of a person lower to your own status to whom you are indebted.

Bilal (the black companion of Muhammad) also belonged to Abyssinia. But perhaps the biggest factor was this that Umm Ayman (the foster mother of Muhammad) was also a black from Abyssinia. Muhammad played with his black foster brothers and sisters as child.

And not only ancient Arabs, but also the Judaism and Christianity also didn’t discriminate on the basis of colour and gave rights to the black people to be free, or to even become king and marry white people. In bible there are many black characters like Queen of Seba, Zipporah, Ham etc. And Hajar, the mother of Ishmael (whom Muslim consider to be forefather of Arabs) was herself a black woman.

Muhammad claimed that Islam follows the same God of Judaism and Christianity. Since there was no open racism in those religions against the black people too, and the King Al-Najashi of Abyssinia was himself a Christian, thus again it made difficult for Muhammad to introduce any open racism against the blacks in Islam.

That is why Muhammad was unable to stop the black people to stay Free, or to become king, or to marry the Arab women, or to buy Arab women as slave, but still Muhammad followed the Arab culture and continued with the ignorant beliefs of taking Black sheep for sacrifice (Sahih Muslim) and declared Black Dogs to be evil Satans (Sahih Muslim).

Therefore, there was no heroic deed by Muhammad, but he was only following the old Arab customs. As far as discrimination is concerned, then Islam showed so much DISCRIMINATION in name of slavery that it became a real shame for humanity, where Islam took away the right from slave women to dress properly, where Islam made them naked and placed them topless in the markets of slavery, made their rape Halal by all masters, and even took away their small breastfeeding children and sold them in the slave markets.

Please also note, that even the Roman Empire had the black Emperor SEVERUS before Muhammad. And there were African blacks in Roman Empire, who were soldiers, and citizens, and some had also the prestigious posts (link).

And not to forget the 5 black Pharaohs of Egypt. They were:

Superiority of the race of Arabs over non-Arabs

But Islam does have a special Racism in it, which is known as "Arab Racism".

Please read about it here:

1) The Arabs Are Superior In Islam

2) Superiority of the race of Arabs over non-Arabs

Islam apologists disagree and claim that still there was significant racism present against the black people in Arab society and Islam ended it.

As proof, they present the following tradition and claim that this tradition clearly shows that at the time Black slaves were considered less than Arab slaves.

Sahih Muslim, Hadith 1602:
Jabir (Allah be pleased with him) reported: There came a slave and pledged allegiance to Allah's Apostle (ﷺ) on migration; he (the Holy Prophet) did not know that he was a slave. Then there came his master and demanded him back, whereupon Allah's Apostle (ﷺ) said: Sell him to me. And he bought him for two black slaves, and he did not afterwards take allegiance from anyone until he had asked him whether he was a slave (or a free man)

Problem is this that this hadith is not saying that two black slaves had a worth of one Arab slave as the interpretation of Islam apologists is. We don't even know that the first slave was even an Arab in the above tradition. And this case may be an "exception" where the price of that first slave increased due to his acceptance of Islam.

Thus, it may be an exception, which was similar to when Muhammad gave 7 slave women to companion Dhiya in order to get one beautiful Saffiyah (Sahih Muslim)

The 2nd (and last) proof by Islam apologists is the following tradition:

Sahih Bukhari, Hadith 696:
Narrated Anas bin Malik: The Prophet (ﷺ) said to Abu-Dhar, "Listen and obey (your chief) even if he is an Ethiopian with a head like a raisin."

What is wrong with this one? This actually is saying obey your leader no matter his appearance and race. Black people were leaders and kings at that time, and off course obedience was demanded irrespective of their appearances.

Bottom line is this that the major discrimination present at that time in Arab society was "Free vs Slave". In comparison to the Free/Slave thing, the discrimination on the bases of colour was NEGLIGIBLE.

And Islam is full of discrimination against the slaves, which indeed proves that Islam is not a divine religion, but a manmade religion.

It is said the black man’s name—as spoken by Muhammad—is Ju‘aal (Ibn al-Athir, Usd al-Ghabah 749). If true, it would be an unfortunate coincidence because Ju‘al was and still is a slur meaning a small, ugly, black man. A Ju‘al is a black dung beetle.

Muhammad exploits the man’s self-loathing by promising him Paradise if he gets himself killed in Jihad. Sure enough, he keeps fighting until he is killed.

Muhammad’s statement: “Verily Allah has whitened your face” is a double entendre of soft racism, in which Muhammad simultaneously:

In Islam, people of Paradise have white faces and people of Hell have black faces. The Qur'an (3:106-107) states:

But as for those whose faces will turn white, they will be within the mercy of Allah. They will abide therein eternally.

And their afterlife skin color—either “white like milk” or “black like charcoal”—is predestined for them, as seen in HOTD 127.

Raghib al-Sirjani highlights that Muhammad’s words were in response to the man’s lament of being black:

“The man fought until he was killed. So the Prophet ﷺ came to him after he was martyred, and he stood by him, teaching the Companions and teaching us, and he says: ‘Verily Allah has whitened your face’—and did he not say: ‘I am a man who is black’?!—‘and made your odor pleasant, and increased your wealth.’”

Muhammad’s other remarks “made your odor pleasant, and increased your wealth” are in response to the man’s two other complaints that he is “foul-smelling” and “has no wealth.”

Al-Qaeda’s “Guardian of Shari‘ah” Hamad Hammud al-Tamimi explains that all of a martyr’s flaws and deficiencies, including “blackness,” will be remedied upon death:

“Indeed, whoever is killed in the cause of Allah, and who had any flaw or deficiency—such as: blindness, smelliness, poverty, blackness, lameness, paralysis, or otherwise—then martyrdom in the cause of Allah removes all these flaws and deficiencies. Moreover, the person becomes more perfect than the qualities opposite to those flaws.

For example, in the case of blackness, Allah will whiten the face of black people in Paradise with martyrdom, and not with any whiteness, but with the most perfect whiteness, and so on.”

Notwithstanding the above, what bothers me most about this hadith is:

And to top everything off, we’ve got Muhammad’s ridiculous story of a virgin houri cuddling with the dead man.

This hadith is important to Jihadi-Salafis because it’s one of the three hadiths in the Virgins on Earth Trilogy. The Trilogy gives Jihadis hope they’ll see their houris before turning into green birds (HOTD 109)—just some additional motivation to do the evil deed of violent Jihad.

Lord of the Rings is better. 🧙🏼‍♂️

Prophet Muhammad was not a racist. When someone called Ammar "you son of black woman" Muhammad reproached the guy who said that and called him barbarian.

Muhammad, when speaking about an amazing deed, would compare it to “freeing an Arab,” meaning Arabs are superior to other races. (Abu Dawud 5077, HOTD 179) “The descendants of Isma‘il” refers to Arabs.

Would you be cool if a white man said: “God will reward you as if you had freed a white slave!”?

And Muhammad brags on being Arab:

The Prophet ﷺ heard of some of what the people were saying, so he ascended the pulpit and said: “Who am I?" They said: “You are the Messenger of Allah.” He said: “I am Muhammad ibn Abdullah ibn Abdul-Muttalib. Allah created creation and He made me among the best of His creation (humans).

Al-Qari confirms that Muhammad is referring to Arabs as the superior race:

“(The statement) ‘two groups,’ that is, the Arabs and non-Arabs. ‘He put me in the best group,’ these are the Arabs.”

There is a humorous IslamQA fatwa on Arab superiority, in which it cites multiple hadiths. What makes it humorous is that it deleted the English version but kept the Arabic version, something I've never seen it do. Thankfully, the Wayback Machine makes it live on.

I don't think Muhammad's soft racism and Arab-supremacy is his worst quality. I believe his overwhelming desire to make the entire world believe he was a prophet ensured he would often say the right things.

But he kept a tradition of hate and discrimination, now focused on religion rather than tribe–and thus non-Muslims are worth 50% of Muslims. (HOTD 120)

Islam simply takes the ideology of racism and replaces religion for race.

I thought Allah was better than that.

As an aside, the reference you made to Abu Dharr calling Ammar (actually it’s Bilal) “O son of a black woman” is da‘if. (al-Bayhaqi, Shu‘ab al-Iman 4772)